The Illinois River Valley's natural wealth has attracted people for thousands of years. 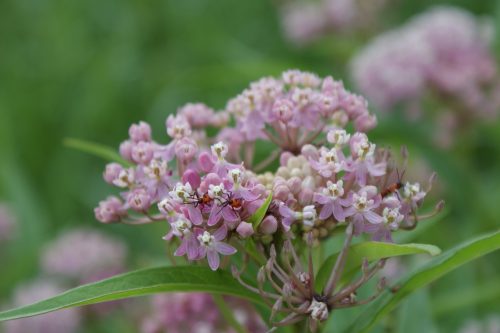 For at least twelve thousand years, people have lived in the Illinois River Valley, drawn in by its natural abundance, navigable river, and the fertile soils along the river's floodplain. Many Native American peoples lived here, hunting, gathering, growing crops, and traveling the Illinois River in dugout canoes. The remains of ancient communities along the Illinois River Road National Scenic Byway, including Dickson Mounds and Rockwell Mound, offer a window into the native peoples' long tenure in this valley.

In the 1600s, European explorers, fur traders, and missionaries came to the Illinois River Valley. They built homes, forts, trading posts and missions, and lived among the Native Americans. By the early 1800s, Euro-American settlers were flocking to the region. Conflict and disease decimated native communities. Treaties between the United States government and tribal leaders transferred land ownership to the federal government and moved native peoples away from their historic valley homeland.

As settlers came to the region, communities sprang up, built from the land's abundance. The Illinois River yielded astonishing catches of fish and mussels, sustaining what were once the nation's second largest inland fishery. Hunters sought out the river's multitudes of waterfowl. Settlers grew crops in the fertile soil and grazed livestock on prairie grasses. Immigrants came to the valley to extract the land's abundant minerals, predominantly coal, but also sandstone, limestone and clay, which were used for construction, brick-making, and pottery.

A series of channels, dams, and locks on the Illinois River links the Great Lakes with the Mississippi River, creating a cross-continental commercial transportation route from Canada to the Gulf of Mexico. Levees and dams harness the river's flow, shaping the land and river.

For thousands of years, the Illinois River Valley has sustained abundant and diverse plant and wildlife species. Exploring the sites below will give you a glimpse into the efforts by dedicated citizens and organizations working together to restore the valley's land and water resources, despite industrialization that has threatened the Illinois River Valley's remarkable natural abundance.

Sorry, no records were found. Please adjust your search criteria and try again.

View all
Change Location
Find awesome listings near you!